Everything about Tamaskan Dogs that does not fit within the other topics in this section.
Post Reply
4 posts • Page 1 of 1 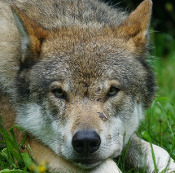 1) Tamaskan Dog Register (TDR):
Is an international grouping of small breeders in a very family environment. In addition to appearance, temperament and workmanship, healthy Tamaskan is the main focus with breeding planning. The more I studied with breeding (knew nothing before) the better I like this model.

In addition, you get honest answers (positive and negative). Since 2016, there is a new breeding standard. For a larger genome, they started with new outcrosses.

2) ( "Aatu Tamaskan" of the Tamaskan Breeders Association (TBA)):
The TBA was part of the TDR in 2008, and started when there were health problems in the breed and they were looking for solutions. In 2009 this group became independent of several breeders and wanted to create a "healthier" Tamaskan. In 2013 after changes in the TDR the remaining breeders of the TBA returned to the TDR and continued the breed together.

4) Nederlandse Tamaskan Club (NTC):
Also carries a breed book with cross-breeds, which are not recognized by the TDR? The connection to the TDR is also not clear to me.


5) "UK Tamaskan": Tamaskan Dog Society of Great Britain (Blushag, Blufawn, ...) (not Britsh Tamaskan Club)
This is the original breeder, after a few “mistakes”, had left the TDR herself. More information can be found in the forum or on various websites.

6) "American Tamaskan" of the Tamaskan Club of America (TCA) (not US Tamaskan Dog Club !!!)
It is the Puppey Mill "Blustag US", formerly known as Right Puppy Kennel. Also in Internet there are bad information

about the Blustag US aka RPK (health, family tree, care, ..). The breeder originally had three Tamaskan (Moose, Tundra, Tasha), Now they have “wildest” crossbreeds in breeding, but none of them seem to be Tamaskan.

How is the connection between TDR, German Tamaskan and NTC?

many TDR, NL and german breeders will still work together. the ntc club is the Dutch breeders who broke off from the tdr to start their own club with their own rules. serveral ntc breeders are also registered with the tdr.
the same is how the german group started. there are now 2 german groups. each group has their own story of why they split.

many TDR, NL and german breeders will still work together. 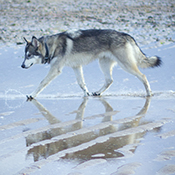 I think this link can also be very helpful! I almost ready to adopt from Puppy mills, and I'm glad I discovered this website the day I was supposed to send money!