All off-topic discussions; a place to discuss anything and everything!
Post Reply
26 posts • Page 1 of 1

We have a thread about what's behind our dogs names, but what about nicknames or cutie-names?

Sometimes I call Monobi "Mr. große Ohren" (mr. big ears), "Butz", "Butzbär", "Hexe" (witch - even though he's male haha), "Alte Hex'" (old witch), "Butzbär Peter Karl Heinz Monobi" (always going with a " - das ist dein Name!" this is your name!), Maus (mouse), Babyloo... he does have quite a lot, but I guess he only listens to his actual name, and when I usually say "Hexe!" when I want to play with him and he understands it as play-cue

So, what about you? Got any nicknames for your doggies?

it sounds better with the 3 syllables in a stern voice), when we play or we both get excited he is "Sammy" like "has my Sammy been a good boy while i not been in" (he loves that one) and when he farts, he's... well, maybe i should not say that in public

(i have worked out that when he sleeps and wags his tail, he's not having a nice dream.... He farts and wafts

I have a lab name Sam as well. If he's in trouble it's Saaaaaaaam! Other than that is Sammy, dumby, or dog! Snoopy is Snoopers, Snoop, or poopie haha
Polarose Tamaskan
Polardog Outfitters
Owner of Sierra Kaweah RN RI TDI TRN TTDN CRN-MCL @ Polarose
Top

For Ulric, he does not have too many, there is Ulrich von Lichtenstein, Fluffy Butt, my husband will call him Big Ears even though bis ears are not that big.
Zelda is already earning some nicknames, Hyena, because when she cries while in the crate she sounds like one, my husband will call her Piranha because of her sharp puppy teeth. Even less often I will call her Little Bird because her wimper whine sounds like a baby bird, so cute.
Rukia, our German Shepherd mix, has the most, Brat because she just acts like one, Princess since she does not like getting dirty, Dingo because her looks remind us of a black dingo and after researching the breeds in her, it was thought that dingo might be in part of what made the Heeler, Camel because she can hold a lot of water until she decides to relieve her bladder, and Daddy's Girl which is obvious to see when you meet her.

Tatzel wrote:We have a thread about what's behind our dogs names, but what about nicknames or cutie-names?

Sometimes I call Monobi "Mr. große Ohren" (mr. big ears), "Butz", "Butzbär", "Hexe" (witch - even though he's male haha), "Alte Hex'" (old witch), "Butzbär Peter Karl Heinz Monobi" (always going with a " - das ist dein Name!" this is your name!), Maus (mouse), Babyloo... he does have quite a lot, but I guess he only listens to his actual name, and when I usually say "Hexe!" when I want to play with him and he understands it as play-cue

So, what about you? Got any nicknames for your doggies?

Actually Hexe can be males too. I know a male GSD in my neighbourhood nicknamed "Valkyrie" which as of some modern 21st Century anime the Valkyries now have male counter-parts

I love the Maus however.

Naima is known as Naima-lula, Cuddlebug, Princess Naima, and the Mad Queen (she's a diva). On occasion she also referred to as Crazy Face and Little Beggar.
Kona's nicknames are Kona-Kaboom and Kona-Kabob, which has morphed into variations such as Kona-bob, Kabobs, Bobbers and Bobs. The vet calls her Kona Coyote hah.
Top

My families favorite nickname for Naima the Shiba Inu is to call her Bucky Fuzzbutt.

okay, our dog Luna has earned her self A LOT of nick names, such as;
Lulu
luna dudu
ms.otter face
dragon roll (because she likes to curl up when she sleeps and she looks like a dragon sushi roll)
sushi roll
pretty girl
fluffy butt
(the fur on her rear end feather out and always makes it look like she is running super fast)
llluuuunnnaaaa

it's a good thing animals don't get embarrassed by silly nicknames

My standard poodle Tonks doesn't have as many nicknames. When she's in trouble, we call her Snot or her full name (Nymphadora Tonks). She also gets called Babe, Baby-girl, Fluffy, and Mis Sass (she gives us sass by "talking" when she doesn't want to do something. She still does the command/instruction, but she lets us know how much she doesn't want to do it). She really only responds to her name or Babe (when she's being bribed by food).

Teddy, my schnoodle, has quite a few. He's called Tedders, Cheddar (he was a blond streak down his back), Bubbas (one of my personal favorites), Mustache Man, Little Snot, Feather-Tail (his tail is purple and flagged, so it looks like a giant feather from far away), Little Man, and Schnoodle Noodle. He responds to all of these names, but he considers Teddy and Bubbas as his main names and he thinks of them as recall (which is nice. He comes when called no matter what else he might be getting into).

Both of them get called Stinky whenever they come in from outside because they both love to dig and sometimes they get something smelly, like Skunk Cabbage (if you uproot it, it smells absolutely awful).
When the wolves cry
to the Blue Corn Moon,
When they howl at
the passing of mountains,
When their gold eyes
pierce your mind and soul,
When you become one
with the wolf within,
then I will love you.
Top

Before my cat Kaos died, my in-laws would call him Monster. I can't really blame them since he was a fantastic hunter, but also so affectionate that he would bite your face. Not always, but we think he just got so over stimulated from affection that he would just occasionally lash out like that. He was usually very affectionate.
-Crystal
Top

Ravi is mostly called stinker, zwijn(pig), poephoofd(poophead), stinkzwam(fungus), because he stinks obviously, my friends and family always think twice before petting him

or I call him Raaf, which is just short for Ravi but also the dutch word for raven
Top 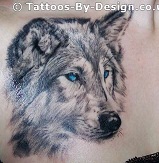 Love this names!
There once was a wolf-
a wolf lonlier than the mountains
Top

Mona Lisa: Mona / Sweetie (cus she's such a sweet heart)

Tear: My little princess (cus she's the baby of the family) 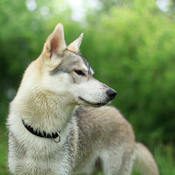 Al qaedin - Because sometimes when I come home it's like he's blown up the place (yes I know it's wrong haha!)
Papayadin - Because he loves fruit XD

And maaaany other names, especially things we can end with 'din'.

Katlin wrote:Sounds like Ravi could use a bath :O

no use, the second I let him go he is off rolling around in horsepoo again

Abby: Abbykins, Baby, Bebe, Abbybaby, Kid, [Idiot, Jerk, Jerkface] - I use these when she's acting like a lunatic, which results in injuring me (i.e. stepping on/scratching/mouthing me when she's jumping around like an goof, knocking me off my feet, etc).
Top

Its awesome to see what everybody calls their dog

how did Dino come up with Jasperm?

or I call him Raaf, which is just short for Ravi but also the dutch word for raven

I am having too good of a laugh reading all these nick names, awesome!
Top 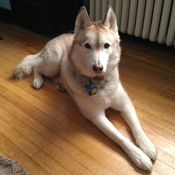 I usually call my dog Ianto (named for Ianto Jones from Torchwood) or Bud, Buddy, Buds. When he's in trouble, he gets called Dog.
Top

Phoenix: Butler, because she follows you around like the creepy butler in the old tomb raider video games and 'Phoenix' (said in different languages which happens to be very similar/same in some)

Husband is a french speaker so they both get called their french equivalent.
Top

My girl Madi has a few cute nicknames, though they usually include her actual named. My favourite one is Madi Moo, but we also call her Madi Q, Madi Goose, Goose, Fluffy-Butt, and Native!
Top

Aww I like Goose, my kitty Meeko was called Goose a lot (silly goose).

Wylie's new ones are Woo since he likes to Woo-ooo-wooooo at me and Wy-guy by my roomie.

Freyja: Spanky (when she has lost her coat after a litter she's nearly naked LOL), Frajeeta-bonita-momasita (for some reason that stuck--just a silly, made up Mexican name), or just Frajeeta.

Raven: Doodlebug (because she loves chasing bugs), Doodle, and my favorite: Runs With Wild Abandon (LOL!)

And Fenris, our lab mix, just got a new nickname: Fenders. We took him to dock diving and the instructor thought we said "Fenders" for his name. It stuck. LOL
Tracy Graziano
http://www.hawthornetamaskan.com

Kona's official nickname in our house is Ate Chechela (Ah-TAY Chey-chey-la) <Lakota, "Little Father" (OK, "Father that is little") from the wonderful litter he sired for us.

We also call him "Friend" as that is what his name means in English.
My goal in life is to be as good of a person as my dog already thinks I am. ~Author Unknown
The greatest love is a mother's; then a dog's; then a sweetheart's. ~Polish Proverb
The human of Ch.(ARBA) and Ch.(KCUSA) Hawthorne James Watson (call name Kona)