Couse i'm a rock/metal/alternative fan, i'll start with this one

This is gyroscope, my fave Aussie band. This song is called beware wolf

The song is in Mandarin but it's hilarious if you understand it.

Basically the song is about a man who the woman of the song is dumping him for his unfaithfulness and telling him that she does not want to continue putting up with his cutesy excuses or other stuff he's been doing but the humour kicks in when she goes far enough to compare him to a wolf (in old myths the wolf is a symbol of cunningness) as shown in the chorus. Sounds dull when translated since the humour is only understood in Chinese. 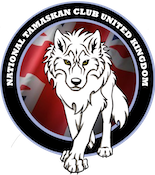 Not strictly about wolves but it was the first one that came to mind when I thought Wolf. Not sure that says about my taste in music

These two were the first songs that popped in my head from my playlist.

Handle every stressful situation like a dog. If you can't eat it or play with it, just pee on it and walk away
Top 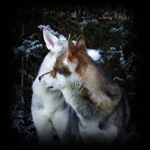 Well, I'm a metal fan as well, so this immediately springs to mind:

Metallica - of Wolf and Man